The game “Rock, Paper, Scissors” was first invented in China at 19th century.

According to some books, the warlords of the late period played something called shoushiling.

The equivalent of what is now known as “Rock, Paper, Scissors.”

The Chinese and Koreans use the word clothes with stone and scissors.

while the Japanese use the word paper, suggesting that Westerners would have incorporated the game from Japan in the late 19th century, called Jan-Ken-Pon.

Its Japanese origin derives from martial arts: stone is a direct attack, scissors is an attack on the eyes or nose, and paper is a defense method.

How to play rock-paper-scissors?

The two players will face each other with one hand behind their back and say: “rock, paper or scissors”.

Just at the end of the sentence they will show their hands and see who wins.

If the two players show the same figure they tie.

How to win with rock, paper, or scissors

As we told you before, the theory is that this game is random, in the three options, rock, paper and scissors.

all have the same probability of being chosen in each round. 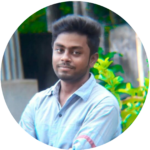 Shah Limon is a technology editor and writer. Who has been writing about apps, gadgets and the Web for more than a decade. He lives in Rangpur, Bangladesh.

He specializes in Windows, MacOS, Android, iOS, and Linux platforms. This blog is for information about technology and to share your favorite information with you.

Related Post:  How To Save Your Pokemon In Pokemon Home