Maybe you are worried about “Microsoft print to pdf not working”? Nothing to worry about it. Printers often have a life of their own. Sometimes they print, sometimes not, it’s a matter of luck.

Fortunately, there is a Print to PDF function in Windows, which allows documents to be converted into PDF files relatively stress-free and then sent by e-mail, for example.

But even this function sometimes can not be working, so here are some troubleshooting methods for you:

How to fix “Microsoft print to pdf not working”

The quickest, but often the most ineffective, the option would be to run Windows Troubleshooting. At least it can’t hurt, and if the program finds something, all the better.

Due to peculiarities of Microsoft Edge, it can sometimes happen that it does not save the generated PDF file in the specified folder, but in the Windows user directory.

If the expected file cannot be found, this would be a good place to go to have a look.

Some users have the problem that empty PDF files are saved. Here it is worthwhile to change the output path to a folder other than “Documents”. Often this already solves the problem described.

File systems are somewhat peculiar, so make sure that the file name you want to save the document with does not contain any special characters such as commas, colons or semicolons.

Another good option would be to simply deactivate the Windows feature in accordance with the motto “Did you turn it off and on again?” And then activate it again.

That has already solved quite a few problems. To do this, look for “Windows Features” in the search and then open it.

Look for “Microsoft Print to PDF” in the list and deactivate the option.

After a restart, you go the same way and activate it. After a new restart, the function should work as it did on the first day.

Related Post:  How to install TeamViewer on your PC

Then click on the button “Add a printer” and add a printer with manual settings.

We select an existing port, namely “PORTPROMPT: (Local Port)”. Then we select the manufacturer Microsoft and “Microsoft Print to PDF” in the list. Then we take the option “Replace current Driver” and finish the setup.

Done, I hope now Microsoft print to pdf will working. 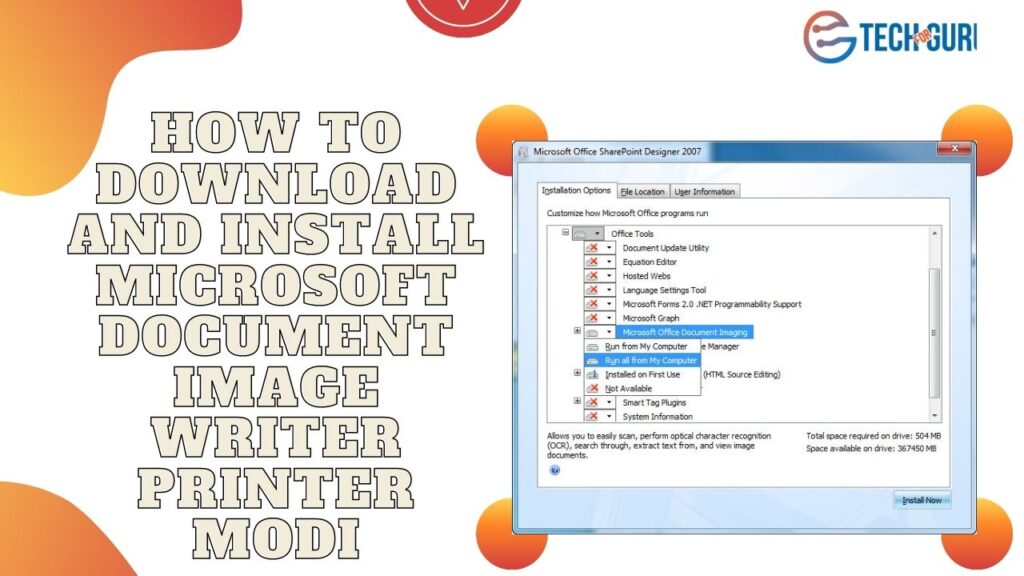 When you have a computer, it is important to have a basic understanding of how it works, what the different types of files that can be viewed are for, and how each can be used.

When we know about this, we can work much more effectively.

Computers work in intricate and somewhat complicated ways when we don’t know enough about how to operate or navigate one.

We mention this because these types of work are often handled through different file formats that are used for different purposes, and having the necessary knowledge of each one.

For example, when we talk about image file formats, lots of different formats can come to mind, such as the famous JPG, GIF or PNG. But, there are actually loads of specific images or graphics storage formats that make up an image. As with programs like Photoshop.

But, if there is a format that is worth knowing and is not entirely common, it is TIFF, which you can easily access through Microsoft Document Image Printer.

What is the TIFF format? 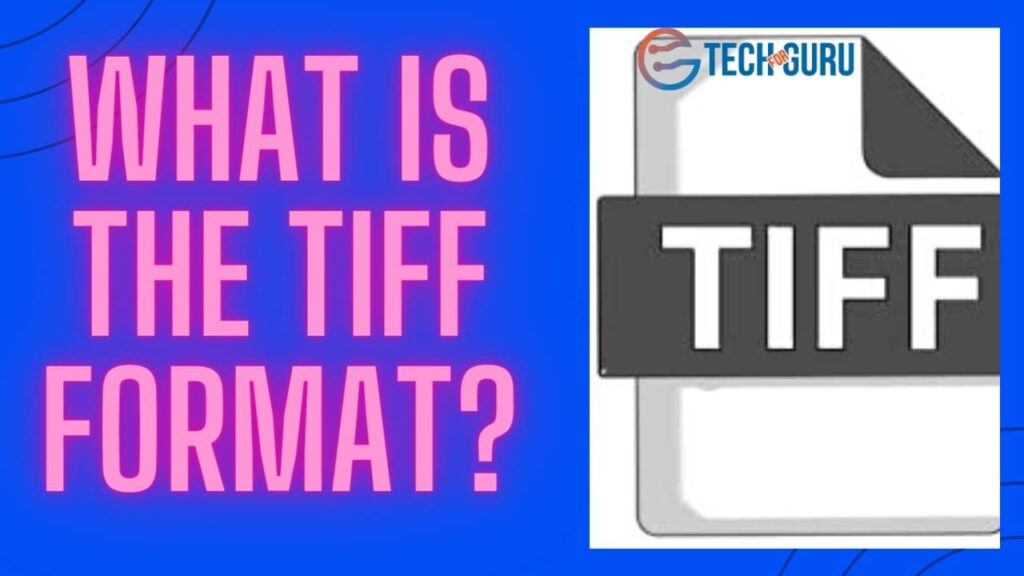 Taking into account everything that we talked about image formats above, we can highlight how important it is to know the different types of images.

And, if we talk about a specific format due to its interest or the specific purposes it has, we can mention the TIFF format.

Related Post:  How To Embed A PDF In An Email Gmail

The TIFF format, or Tagged Image File Format, is a type of image format that is used for different purposes and is popular with people who are in the world of graphic design, photography or advertising.

And, as such, it is a format that is used to be able to process lots of projects other than just one.

For example, if you have a vector map, a JPG image, and other types of images, you can compress them into a single TIFF file;

Because it does not end up having data loss through compression, as it would happen with other types of format. And, if you want to have TIFF images on hand, one of the best tools in the Microsoft Document Image Printer.

Microsoft Document Image Printer and how to install it

The Microsoft Document Image Printer is a program that was previously included within the main features of different Microsoft Office suites, which worked as a digital printer.

Basically, the software detects it as just another printer, and you use it to be able to create TIFF files from other files without data loss.

However, it is a program that has been completely removed from the Office suites since the 2010 edition and is currently not accessible. But, if you have Office 2007, there are a few ways you can access it.

As such there are two ways, the first being to enter the Control Panel, then in the Programs section, enter the Office folder and click on “Change”.

Then you click on “Add or remove features”, then you must find “Office Tools” open the list, and in “Microsoft Office Document Imaging” select “Run from My Computer”.

Now you can enter Microsoft’s site to download SharePoint Designer 2007, and through its tools, in the “Not available” tab, enter the Office tools and change to “Activate all from my computer”, including ” Microsoft Office Document Imaging ”.

I hope now Microsoft print to pdf will working. Do you have any other tips you’d like to share with other readers? So leave it in the comment box below.