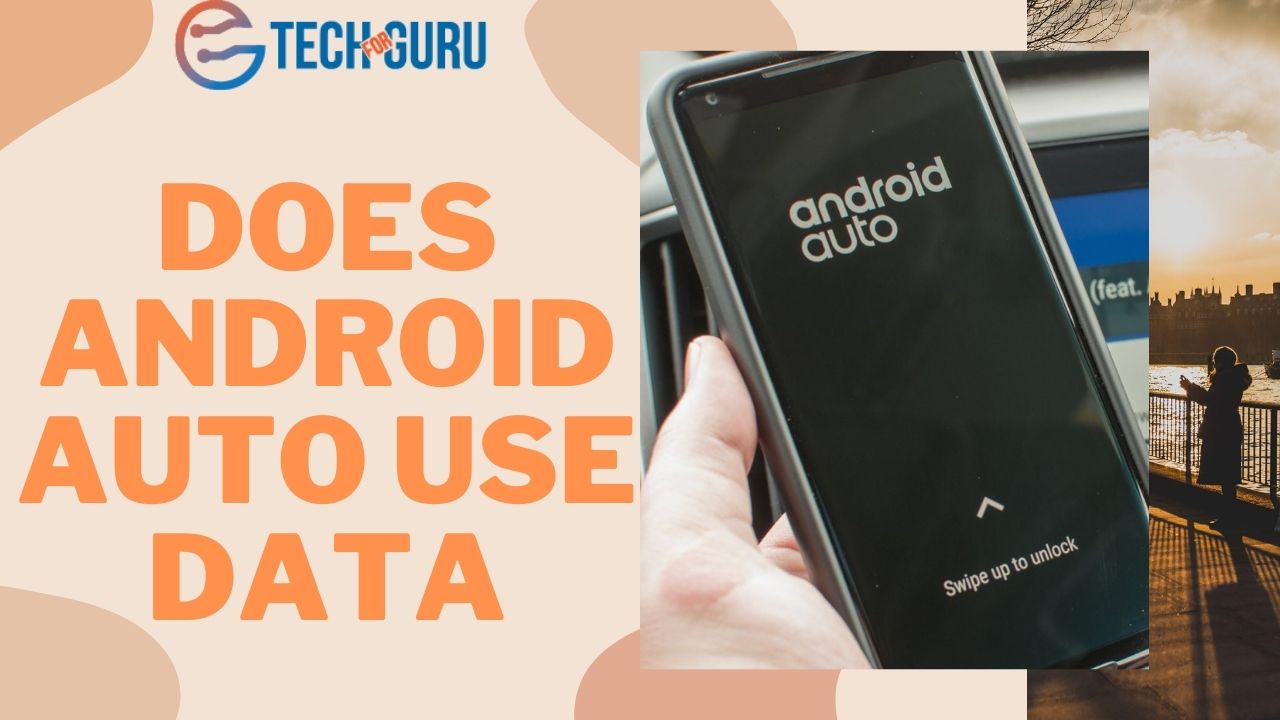 For this reason, as we said a long time ago, even the dashboard of your vehicle or the screen of your radio is the screens where the operating system of your Smartphone can give you certain advantages in terms of compatibility, notifications and comfort.

What is Android Auto?

Android Auto is a version of the Google operating system dedicated to working in your car. It is managed through a specific application and is dependent on the operating system of the mobile device that we use.

The idea is to present drivers with a screen that is safer to control and that, at the same time, somewhat limits the functions of the Smartphone. This makes it easier to receive turn-by-turn directions with Google Maps.

Does android auto use data?

If you ask me “does android auto use data”? I tell you, Yes!  The reason is Android Auto uses many android applications such as Ok Google, Google Maps, Music, phone and others.

How to use Android Auto?

Android Auto has been on the market since 2015 but, in a certain way. It has passed without pain or glory through these latitudes, either because the compatible models have not arrived in the necessary quantity to cause noise in the market or the owners of such vehicles have no idea how to use the included system.

Beyond the reasons of the case, here are all the details about Android Auto that can be used according to the compatibility in the car dashboard (some tend to the factory system and even with internet service) or, in the old fashion, using the traditional one auxiliary cable to connect the Smartphone.

Process of Android auto use 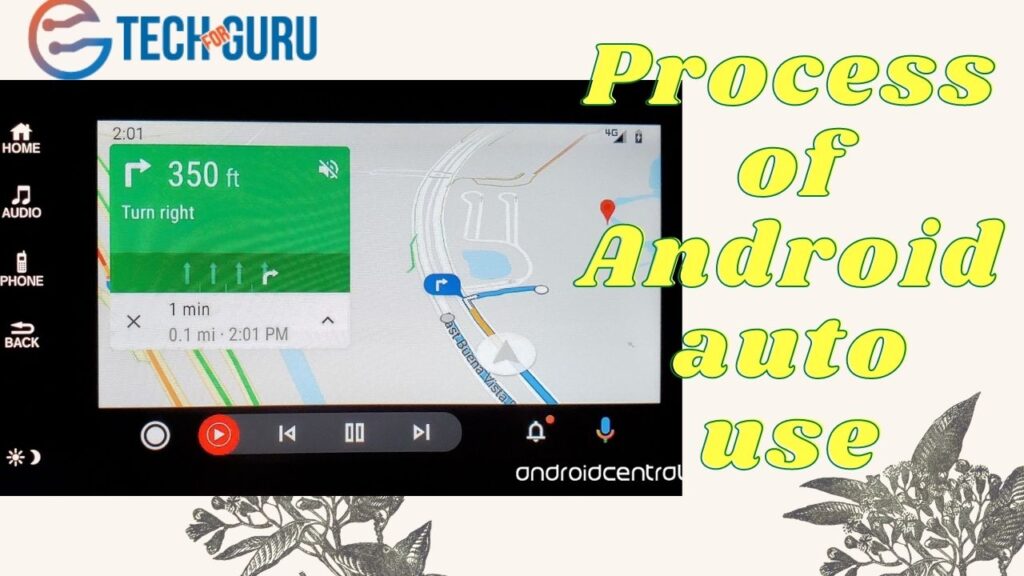 The first thing to do is download the App on the Smartphone from Google Play and proceed to update it.

Once the Android Auto app is installed and ready, it is good to know the main “hands-free” functions, which are the following:

Now, to be able to guide the user well through Google Assistant, the application requires a series of permissions at the location level, access to microphones, phone calls, SMS and the like to be able to manage tasks while traveling.

it is normal for the application to do this to save you time and effort of entering this information to the user.

Navigation within the Android Auto App

At the top left you will find the configuration menu for all the details related to Android Auto and even the recommended applications to download from Google Play and use during the trips.

On the right side, the icon of the microphone used to invoke Google Assistant and use the respective functions by voice.

Last but not least, at the bottom left of the screen is the exit button for the app.

Android Auto is the version of Google’s operating system intended to work in the car. Provides a more efficient way to use essential driving tools, but without being distracting.

Thanks to a specific application, with  Android Auto the interface of the operating system is completely adapted to what we need in the car; with voice control and larger touch buttons, as well as visually simpler interfaces to avoid distractions.

There are two great methods to use  Android Auto, as you have seen in the video above:

For less modern cars, or with less technology,  Android Auto is available as an application for our Smartphone. We would only have to use support – suction cup, for example – and take advantage of all its functions on the mobile screen.

If we connect the device via Bluetooth to the vehicle’s audio system, the experience will be exactly the same except that the screen will be that of the mobile phone, and not the one integrated into the vehicle itself.

Click here to learn more about How to Eject iPhone From Mac.

Android Auto integrated in the car

If our vehicle does have a multimedia screen – and touch- compatible with Android Auto, then we will make the connection with our Smartphone via USB – in some it is wireless. And indeed, we can enjoy Android Auto and all its functions directly on the vehicle’s infotainment system.

If Android Auto is updated, there is absolutely nothing to do in the car because the changes will be applied automatically.

You must bear in mind that the app will always be necessary to use Android Auto. The minimum requirements are to have a mobile that uses  Android 5.0 Lollipop or higher , although they recommend having Android 6.0 Marshmallow onwards.

Therefore, even if we are going to use this service from the Smartphone, or directly on the screen of our vehicle, we must first have downloaded the application to the device.

In addition to using it connected to the car, you should take into account the following:

What functions Android Auto offers to the driver 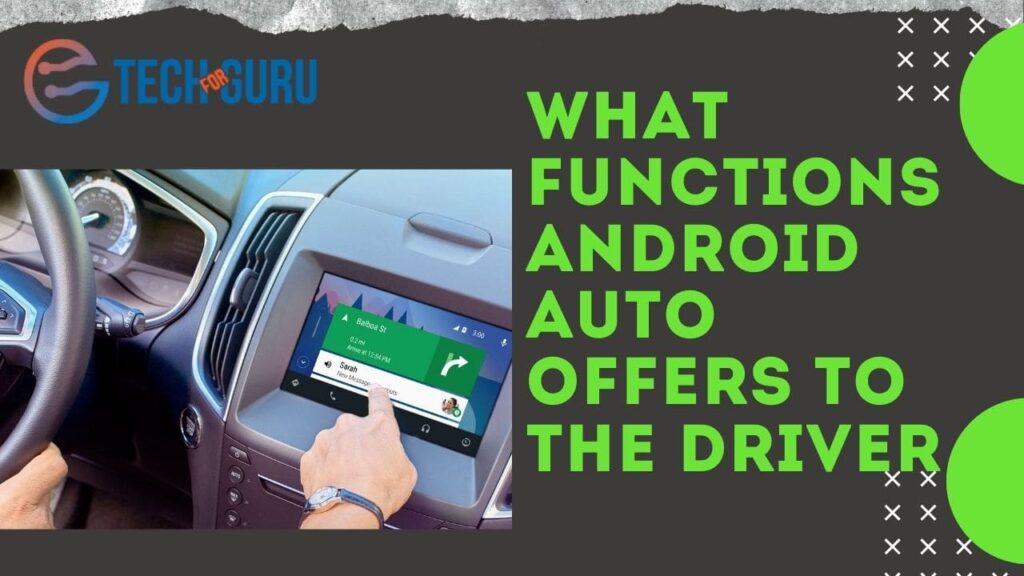 As we say, the idea is to have a safe interface to use some functions of your mobile while driving. This means that what you can do with Android Auto is limited, but there are still options. Using the Play Store tab as a reference,  Google  indicates several functions: